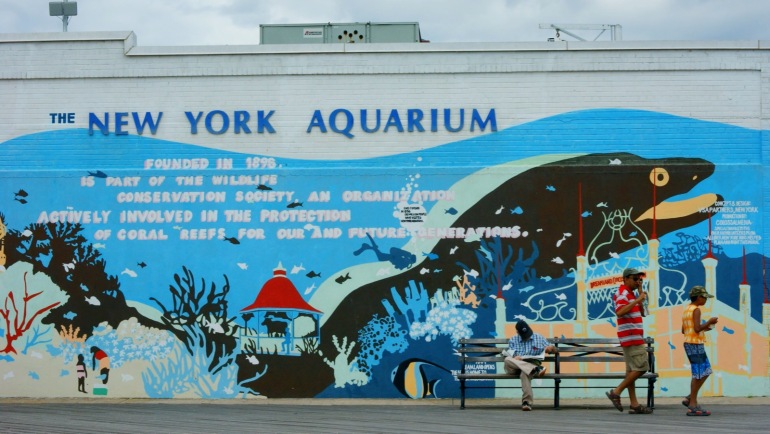 “The Aquarium of Aquariums”

The New York Aquarium was founded in 1896 and was originally located in Battery Park, Manhattan. It relocated to Coney Island (on the boardwalk) in 1957 and is considered the “oldest continually operating aquarium in the United States.” (Wikipedia)