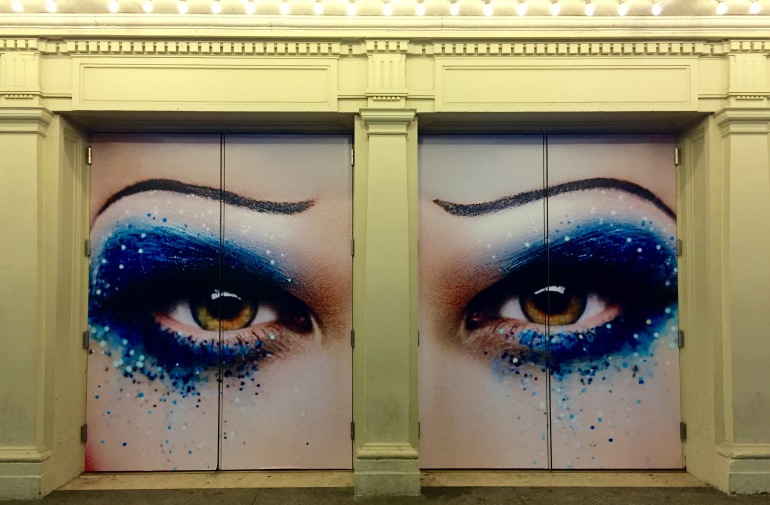 The theater doors of the Belasco Theater where Tony award-winning musical Hedwig and the Angry Inch is currently playing. The musical first opened in 1998 (off-Broadway) and had its first Broadway run in 2014 winning a Tony award for Best Revival of a Musical.